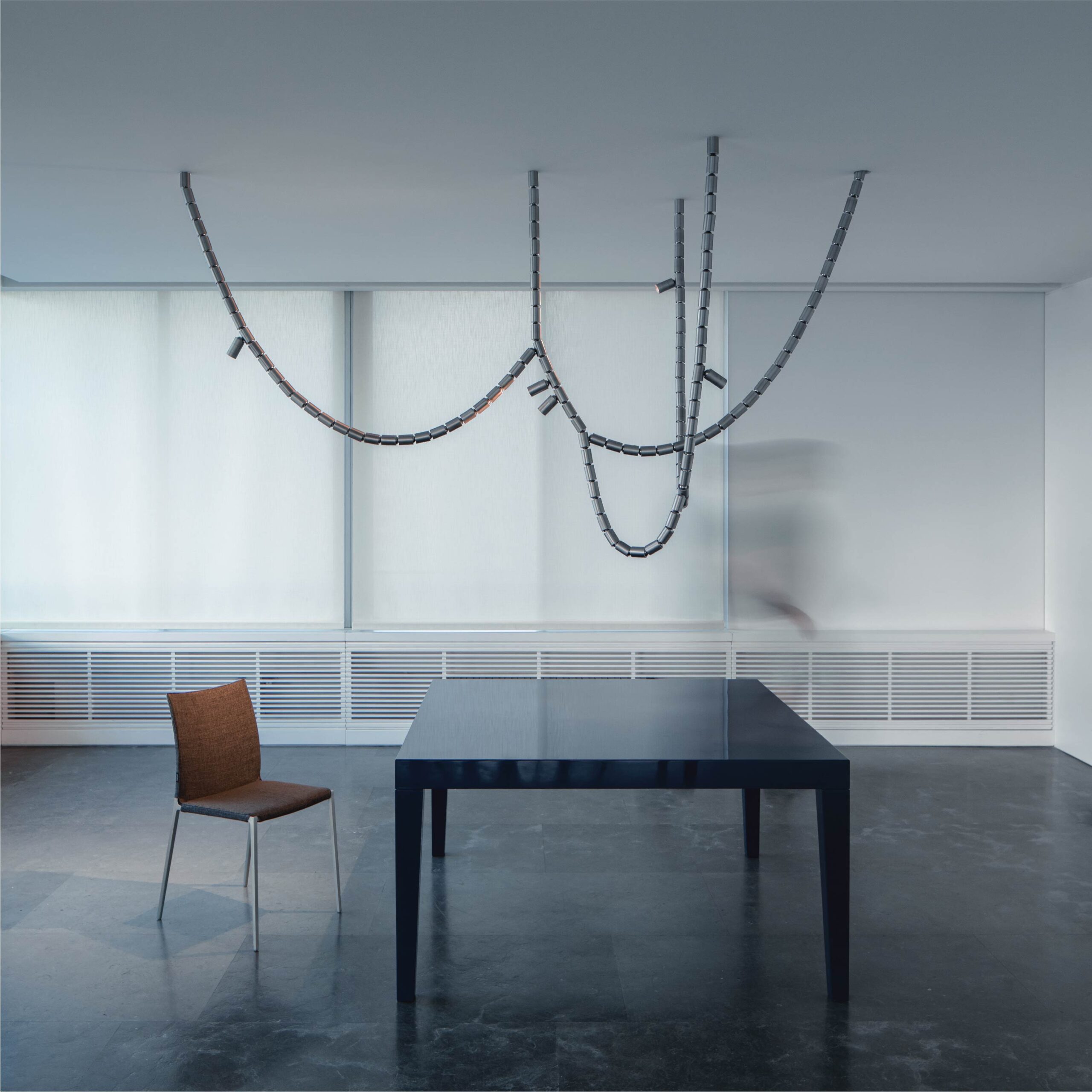 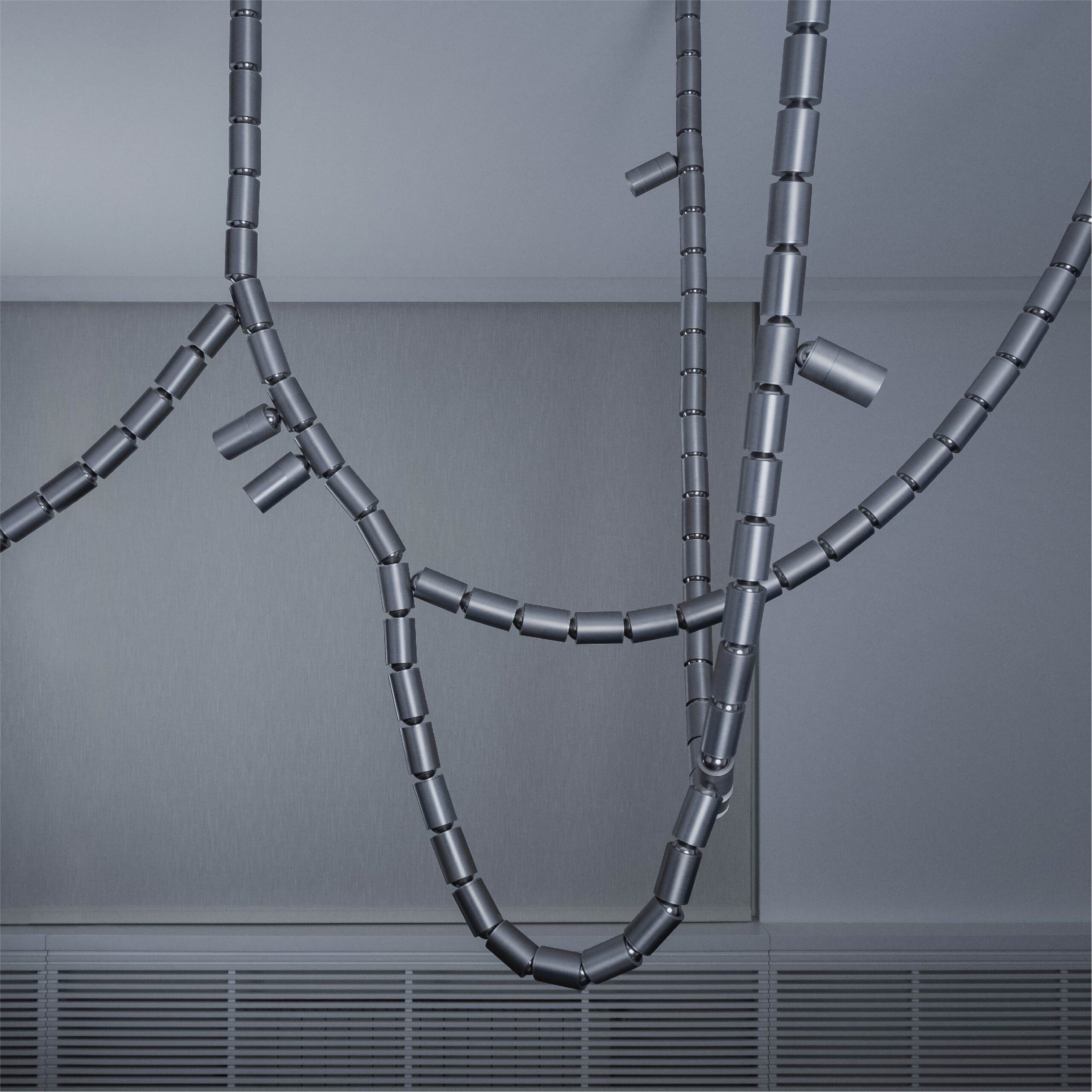 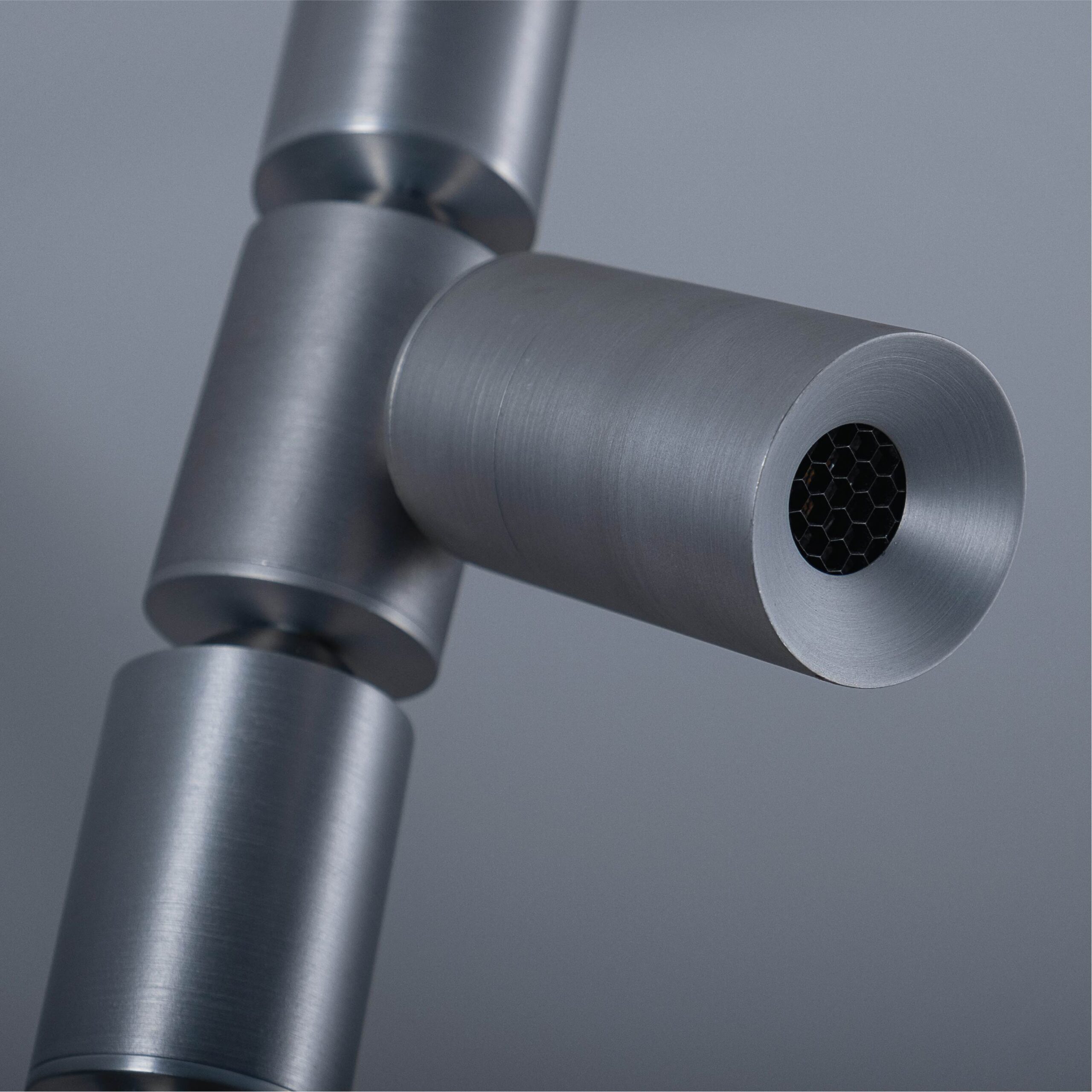 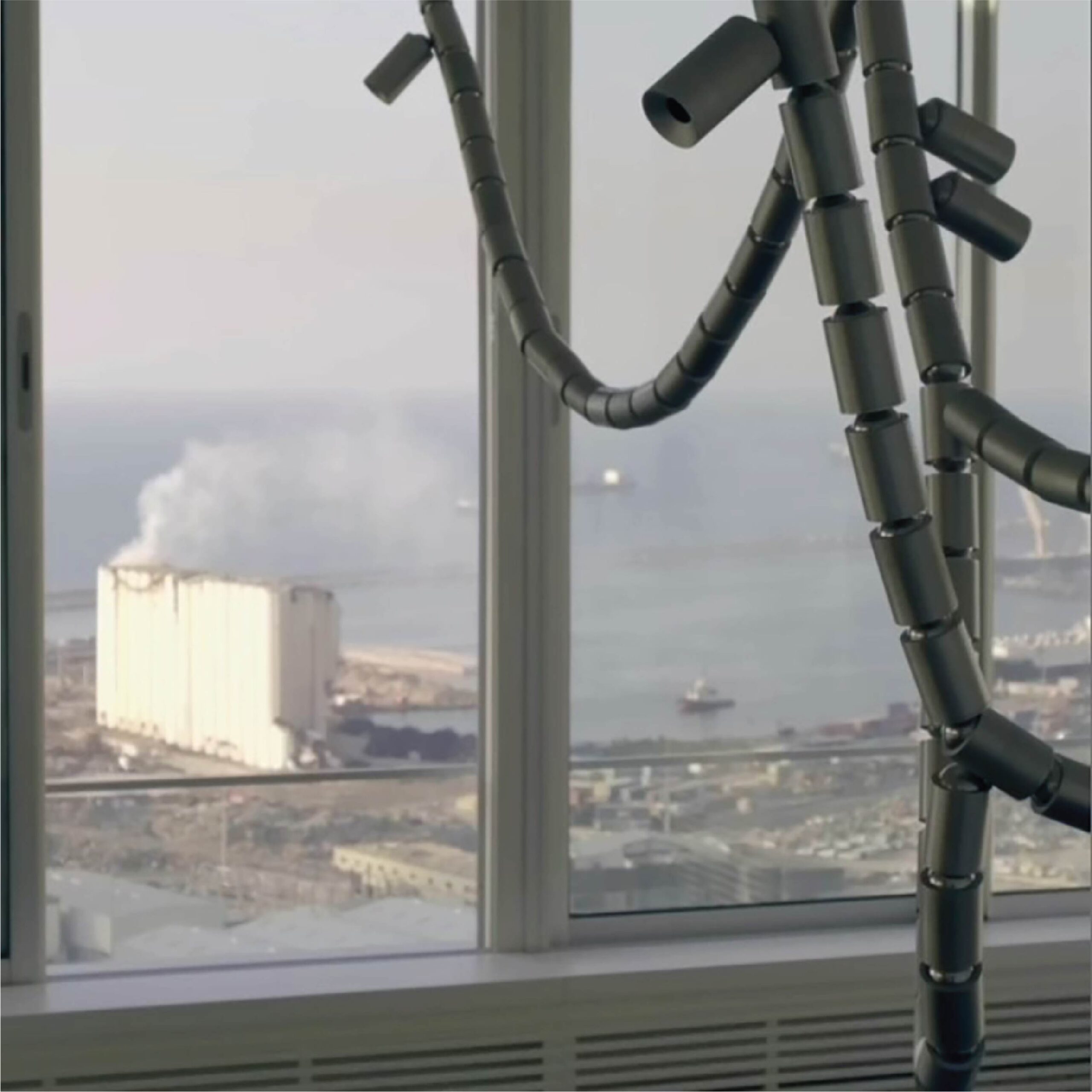 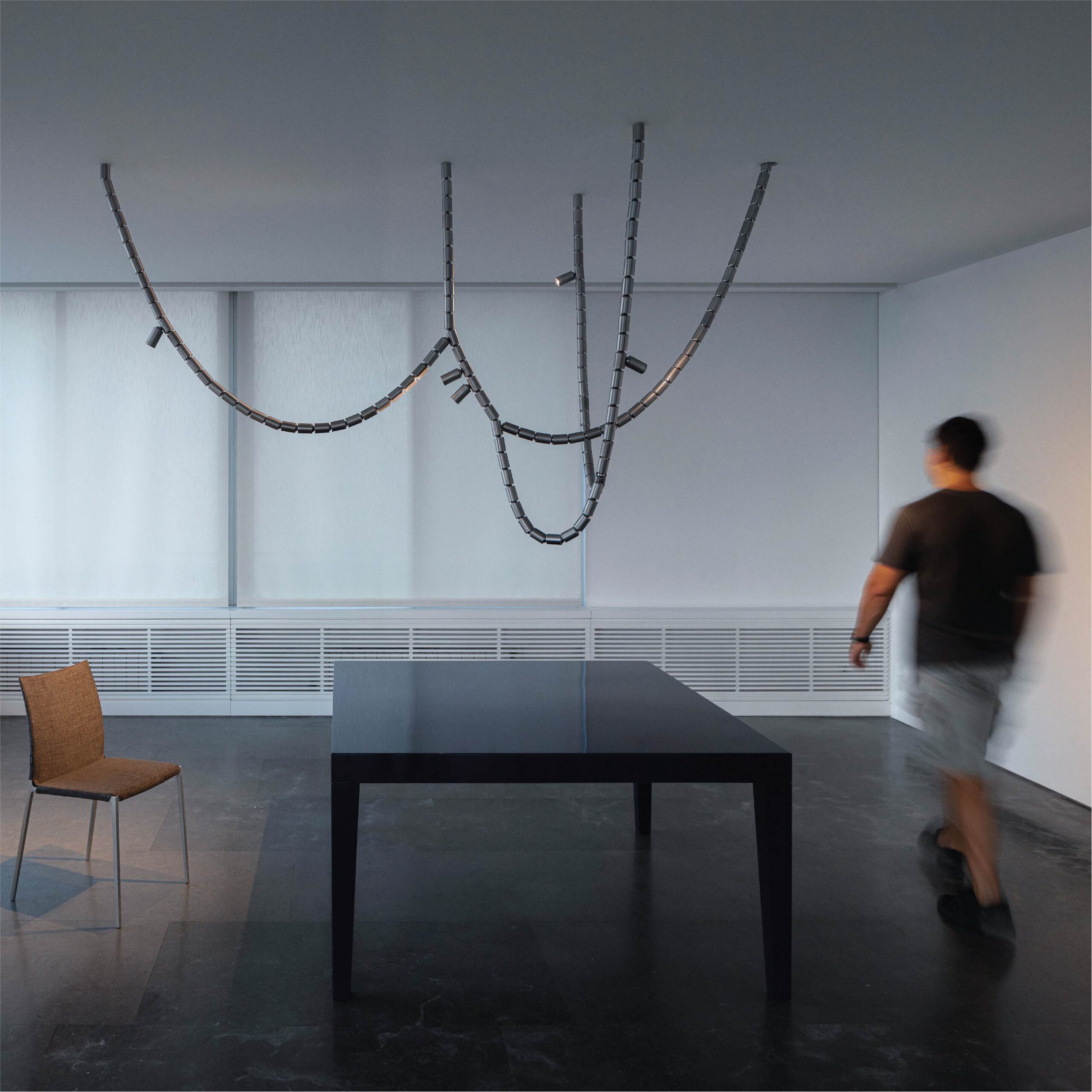 How do you design a statement dining chandelier in a city that might blow up at any second? Two years after the port explosion that destroyed half of Beirut, with no justice whatsoever, its residents are ready to move on but not quite.

To replace a shattered Lindsey Adelman chandelier in an apartment overlooking the site of explosion directly, Fabraca Studios got commissioned by Karim Bekdache Studio to design and execute a new custom lighting fixture that is site specific, to fit both architecturally and the status quo.

Under the title of what bends does not break, Fabraca Studios wanted to create a lighting fixture that looks as if it was a masculine apparatus of war that would withstand another blast while sustaining a feminine essence of a chandelier and the elegance that is associated with it.

After months of prototyping, Fabraca Studios created a system of modules crafted from solid aluminum that renders a solid object with fluid-like characteristics. The result creates an endless possibility of scale and form. Furthermore, adding aluminum lighting projectors that would precisely aim its light gives its user a modular object that can forever change while keeping its rope-like attributes.

No products in the cart.

Your wishlist is currently empty.